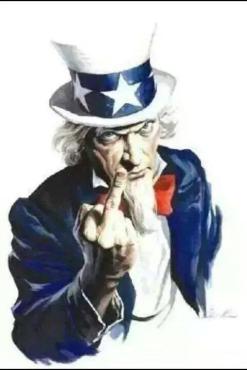 Hey, folks! We’ve got some big site news! It only took about six months longer than I had hoped, but there is a new page for you to enjoy.

Unfortunately, it has a different domain name, which is not what I wanted to do. I am going to work to have the domain name here reroute to that one. But we’re not deleting this page.

This page is going to remain as an archive for daily news articles. The new site is a little more refined.

If interested, please check out the brand new page and pass it along to your friends, etc.

You can get there via wtangofoxtrot.com. Don’t forget to bookmark it!

We are keeping the YouTube channel, and you can watch videos right from that link. We are also working on moving over to Vimeo instead of vid.me, since vid.me is deleting my videos as soon as I post them.

However, I have to admit… if it were real and I lived in Tennessee… I’d get it, just to piss people off. LOL!

Hey, folks! We’ve got some big site news! It only took about six months longer than I had hoped, but there is a new page for you to enjoy.

Unfortunately, it has a different domain name, which is not what I wanted to do. I am going to work to have the domain name here reroute to that one. But we’re not deleting this page.

This page is going to remain as an archive for daily news articles. The new site is a little more refined.

If interested, please check out the brand new page and pass it along to your friends, etc.

You can get there via wtangofoxtrot.com. Don’t forget to bookmark it!

We are keeping the YouTube channel, and you can watch videos right from that link. We are also working on moving over to Vimeo instead of vid.me, since vid.me is deleting my videos as soon as I post them.

While the Democratic Party attempts to rebuild and unite, bitter Hillary Clinton supporters are plotting the political destruction of Sen. Bernie Sanders, who remains a threat to their influence. Clinton’s allies have been working nonstop to unseat Sanders and diminish his relevance among the millennial voting bloc.

Leading the charge is Vermont resident and avid Clinton supporter Jon Svitavsky, a homeless shelter director, who announced on July 5 that he will be challenging Sanders in 2018.

Svitavsky and his supporters feel that Sanders is bad news for the Democratic Party, and they will stop at nothing to end his career.

“I think Sanders has hurt our country very badly with what he’s done,” Svitavsky told NPR. “So not only did Bernie divide the Democratic Party and what not, but he continues to bash them, even on the unity tour, saying that Democrats and Republicans are the same, and they’re not.”

While Sanders has remained a critic of the DNC, he didn’t bash Democrats during the DNC unity tour and one would be hard pressed to find such a comparison quote from the socialist.

Look, I don’t like Bernie. I don’t want to see this country become a socialist nation, I don’t think it is good for anyone, especially the USA. But the bottom line is… Bernie did challenge the status quo. He offered the left something different than the same old thing, while continuing to offer them an old white man, something they rail against while still fully demanding.

Donald Trump offered the same on the right, but was, obviously, more successful at it. Both Donald and Bernie offered the American people a taste of actual change. People looked at both of them and saw that there was an option other than voting for the same candidate with a different name. Something we all complain about at every election. “There’s no one to vote for.” “Same sh–, different election.”

But both Donald and Bernie offered the people someone they could relate to. Donald is a businessman. He grew his empire. Yes, he was wealthy, but he worked. He didn’t spend his entire life being groomed for politics the way Hillary Clinton was. Everything about Hillary’s life was her being groomed for president. She married Bill for power. She stayed with him through the affairs for the same. They had one child to show the family values that were so important at one time, and now that child is being groomed for politics, too. Donald was out getting married and divorced, having kids, running businesses, etc. That is more relatable.

Bernie was out protesting. He was being dragged off by the police and there was photographic evidence. The people who support him are doing the same thing and can relate to that. He, again, wasn’t being groomed. He offered something different, something they saw as relatable. And when he stood up to talk, he wasn’t promising the same things they’d heard a million times with different wording. He was offering something they wanted, something they saw as attainable (even if the rest of us didn’t see it as attainable or affordable). And he at least appeared to believe in what he was saying instead of saying what he thought his base wanted to hear. I’m not saying Bernie was honest, and I’m not saying he wasn’t out for himself, because he clearly is (what’s he up to now, three homes? While preaching about income inequality). But he was believable and different.

So, basically, this guy pretended to be one of these ANTIFA people, and he stood up to make a speech to them. It was completely comprised of quotes from Hitler. They applauded. No one called him out. No one disagreed. They clapped! They even clapped during the speech!

I’m speechless. Remember this the next time someone calls you a Nazi. They were the ones applauding Hitler. 🙂 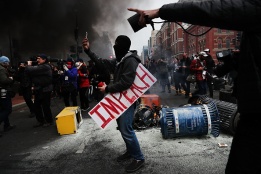 Dane Powell will serve four months followed by two months of probation after being convicted of a felony rioting charge and assaulting a police officer during the President’s inaugural ceremonies in Washington.

Check it out (via Roll Call):

Powell, who faced 14 charges, pleaded guilty to charges of felony rioting and felony assault on a police officer.

He told prosecutors he broke windows and threw “a brick, large rock, or piece of concrete at uniformed law enforcement,” WTOP reported. The U.S. attorney’s office for D.C. said in a statement that Powell “admitted being part of a group of rioters who moved approximately 16 blocks over a period of more than 30 minutes.”

“The group formed a ‘black bloc’ in which individual defendants wore black or dark colored clothing, gloves, scarves, sunglasses, ski masks, gas masks, goggles, helmets, hoodies, and other face-concealing and face-protecting items to conceal their identities in an effort to prevent law enforcement from being able to identify the individual perpetrators of violence or property damage. Some of the members of the black bloc were armed with hammers, crowbars, wooden sticks, and other weapons.”

Yes, people showed up to paint him as hero and had a video of him saving a child from pepper spray. Why was there even a child there?! And do they not realize that if they hadn’t gotten violent, there wouldn’t have been pepper spray? Duh, folks.

Anyway, glad to see this happening. Demonstrating and protesting is fine. Rioting is not. The two are not one and the same.

I wanted to share the above article because I personally thought it was a good read.

Trump is frustrating a lot of his nay-sayers on both sides of the isle. Look, I’ve said it before. Trump wasn’t my first choice. He wasn’t my second or third choice, either. He had run before without anyone even paying him any mind, and I really didn’t even think he was serious, let alone would actually become president. I didn’t vote for him in the primaries (let me add an addendum here: I voted on the Libertarian primary ballot, so I didn’t vote for a Republican candidate at all. I am officially registered in my state as a Libertarian).

I liked Ben Carson and Ted Cruz, if we’re going to be straight here. However, I don’t think Ben Carson would have held up against Hillary Clinton. So yeah, I was mostly a Cruz supporter on the Republican side. On the Dem side I liked Webb, but he didn’t last long. I don’t even know if most people remember he was running! And… I didn’t vote for Gary Johnson in the primaries, and after listening to him and his God awful choice for his running mate, I couldn’t support him, either.

However, I never embraced the Never Trump group, either.

The people decided they wanted Trump as their candidate. I wasn’t happy about it. But I decided to give him a chance and got behind him. Can’t say I trusted him – still don’t – but you’ll never catch me trusting any politician, so that isn’t news. I also will not pledge undying allegiance to any politician, either. I’m as critical about any politician as you can be. Heck, I’ve even got posts about Reagan here and why he wasn’t the shining beacon people make him out to be. At the end of the day, these people are politicians. And yes, Trump is a politician now, like it or not.

I stand behind Trump right now, but am not blinded by him (and yes, I did cast my ballot for him in the general election). I’m not a rabid fan, but I’m not a Never Trumper. I refuse to take my eye off of him just because he was chosen by the people. The people chose Obama, Bush, and Clinton, too. Yes, I laugh at most of his tweets, but I don’t think some of those tweets are helping him, either.

Trump’s not perfect. No politician ever will be. He’s our president now, whether you like him or you don’t. He’s done good, and he’s done bad, just like all those before him. I certainly don’t want to see him fail, because if he fails, our country fails. I hope he succeeds. I hope he makes America great again. And at this point… we’re several months in to his presidency. He isn’t going anywhere. You don’t have to be a super fan of his, but it might be time to sit back and realize this is who the people wanted, he won the election, and now he’s the president. Don’t stop fighting for what you want to see in this country, but how about we let the man do his job? How about we give him the benefit of the doubt – while keeping our eye on him – and see what he can accomplish? Maybe it’s time for the dems to stop trying to block him at every turn and wasting precious time to get him removed from office. And maybe it’s time for the Never Trumpers to do the same. If you don’t like him, vote for someone else in 2020. That’s how we do things in this country. But right now… let the man do his job. 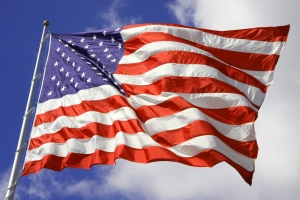 So, we have a Facebook group now. Come make friends, add your two cents, and have a little fun with the group!

What Are You Here For?